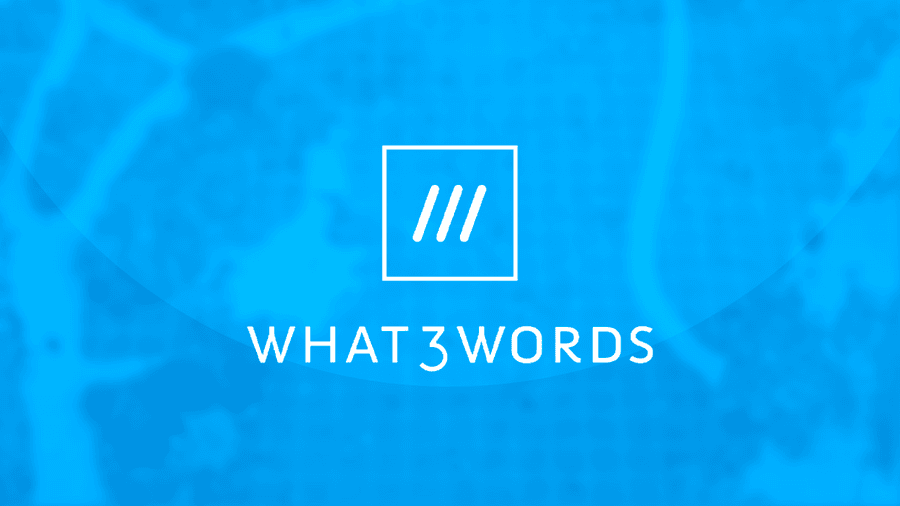 Three simple words that capture exactly how we at the Nano Foundation - and thousands of others around the world - feel about nano digital currency. We love the spirit of fairness that inspired it and the technology on which it’s built. But most of all, we love that it fixes a real world problem. 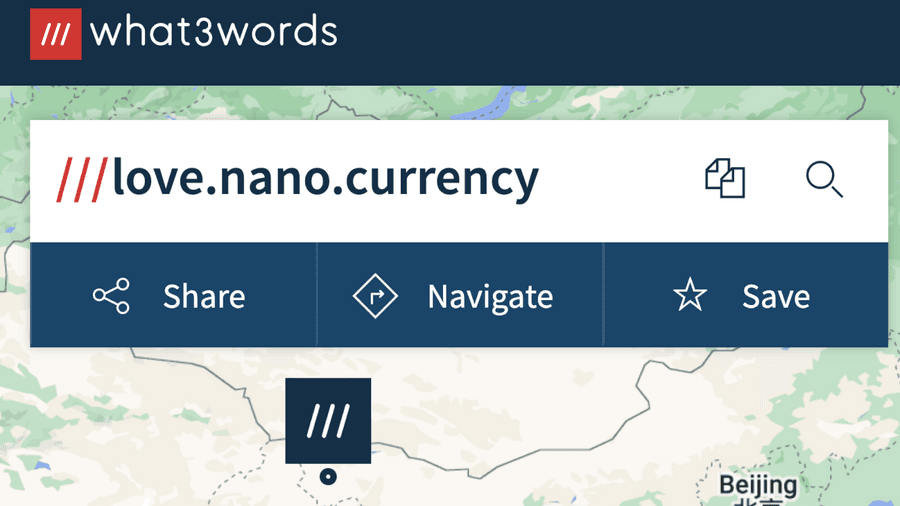 By providing a free bank account and the means to store, spend and receive value at zero cost, nano offers at least half of the 1.4 billion adults currently denied access to the global financial system the chance to get started. It is designed to make things better for the people who need it most.

All this, in a roundabout way, leads us to the tech company what3words and back to ‘love, nano, currency’.

These are more than just three words. Thanks to what3words, they represent a 3m square in northern China. It's the same concept that has elevated ‘sleep, coffee, toast’ from ‘List of Things This Writer Needs to Function’, to a leafy spot in suburban Illinois.

(Zoom out to see the map)

What3words has given every 3 metre square of the world (all 57 trillion of them) a unique combination of three words. And as you may have guessed, the benefits go far beyond entertaining people who enjoy finding accidentally apt combinations.

As anyone who’s tried to meet friends at a festival can tell you - “we’re camped between the passed out naked guy and the emu sculpture” - giving a precise location without street names can be tricky. And in all seriousness, what3words has been used in successful rescue operations by emergency services around the world.

But its implications go even further. For the estimated billions who have no address and therefore no access to the postal system, voting system, utilities, business opportunities and more, what3words offers a lifeline.

what3words and the Nano Foundation

And this is where what3words and the Nano Foundation share more than a square of land in China. We’re both in the business of helping people.

An early breakthrough for what3words came when it was used by a Rio de Janeiro cooperative to offer addresses to residents of the largest favela in Brazil. For the first time, users were able to receive mail and online purchases to their doorstep. Through innovation and application, what3words connected them to the wider world in a way that had previously been deemed impossible.

And nano could be just as powerful in connecting the same community to the global economy. Using nano, residents could run a business, buy and sell goods, pay employees, receive money from customers locally and abroad - all for free, with no need for a traditional bank account. And therein lies nano’s true power in this context: because what3words provides residents with a postal address, not proof of address, access to the banking system is still out of reach.

This crossover between the work of what3words and the Nano Foundation also means that we face similar challenges. For all its success, when we interviewed what3words founder, Chris Sheldrick, at the 2022 Nano London Meetup, he still cited adoption - and making people realise the potential of the product - as their biggest challenge. This is also true for the Nano Foundation. Despite the nano network having processed over $46bn in seven years and the countless innovations within its ecosystem of apps, there is so much potential still to be realised.

But progress takes time. what3words and the Nano Foundation are aiming to achieve a true paradigm shift. We are asking people to leave behind established modes of thought and action, and embrace something new, something better. And the best place to implement change is somewhere which has been overlooked or underserved by existing infrastructure. It’s why the Mongolian postal service became the first countrywide adopter of what3words, and it’s why the Nano Foundation focuses much of its effort on servicing Nigeria and economically disadvantaged countries in Africa, South America and South East Asia.

This is why the success of what3words is such an inspiration. Chris and his team have shown that with the right focus, determination and technology, it’s possible to make the world a better place.

At the Nano Foundation, we’re proud to say we have those three words in abundance.

Access to nano with no need for a bank account or proof of address is a welcome alternative to exchanges.